Woman On Twitter Called Out Fat Shaming But Ended Up Invalidating Thin People’s Struggles. Empathy Has To Be Inclusive!

For as long as I can remember, I’ve only wanted two things most desperately in my life. One was to find a man like Richard Castle. And the other, was losing my excess weight. My ready wit and humour (and my impressive personality because why be modest?) helped me handle the fat shaming quite deftly. No, I was more concerned with the lack of opportunities to wear the clothes I wanted, date the guys I crushed on (personality doesn’t work there, who knew?!) and just not have the health issues that come with being overweight. I’d say food privileges too, but I still eat what I want, and hence, the vicious cycle. Naturally, detesting thin people felt like a birthright. It took years to realise that thin shaming is just as worse.

My first hint came when I saw those Endura-Mass ads where people complained about being teased as ‘kaandi’ and ‘stick’ for being thin. It was like a whole new perspective? If there’s fat shaming, there’s thin shaming too. Are you seriously telling me there’s another end to the spectrum? Are women being shamed for being too thin? Not having hips sturdy enough for child-bearing? Not having enough meat on their bones? Really, there are men who prefer overweight women? It was all a bit too much. Took me some years, but I sorted through my feelings on the subject. And now, while body positivity has taught me to be happy in my own skin, it has also taught me that every person struggles with their own perception of their bodies. And we need to respect that.

So if I wasn’t happy about my weight issues, I should direct it to the root of the problem, that is ideal beauty standards. As opposed to directly at thin people. This process takes some time to sink in. It’s not some zen state achievable by only a few. But it does take some careful introspection and self-love to achieve this inner peace.

Also Read: Body Positivity Influencer Sakshi Sindwani Starts A Conversation About The Nicknames People Are Given Because Of Their Weight.

Because it is so elusive, people often tend to forget that respecting bodies applies to every body type and the struggles that come with it, and not just a few. Like this Twitter user, for example, who tried to counter fat shaming but ended up thin shaming. She was calling out people and medical professionals for recommending weightless and exercise to overweight people as a blanket solution to every problem. She claimed that people who equate thin shaming with fat shaming have never had to face such instances. Basically, nobody tells thin people that they need to exercise and ‘do something about their weight’ in order to solve their life’s problems.

Of course, her tweet was met with criticism, because while validating the very real struggle of fat people being shamed, she managed to invalidate the struggle of thin people without a second thought.

….did you just invalidate what skinny people go through i- wow,,,

While being fat has their own struggles being skinny is also not struggle free, we need to appreciate both skinny and plus size people

I’m sure they’ve been told to “gain weight and eat more” by random people as well. Invalidating skinny shaming isn’t helpful man body normalising is the way to go

it’s not a competition😭😭😭

Cliché as it may sound, it is easier to daydream about the grass being greener on the other side. I’ve also been jealous of my ‘thinner’ friends, until I realised sometimes, being thin can come with its own set of complications. A guy friend gets teased for not having enough muscle. And try as he might, he looks lanky and is teased for resembling a ‘skeleton’. Another friend suffered from health conditions that constantly affected their weight, and I remember this person snacking on chocolates, cheese cubes and mithaai all through the day because the doctor told them to put on weight. A lot of traditionalists believe women being too thin can cause childbirth complications, and therefore will force their daughters-in-law to gain weight. The problems are everywhere. Remember audiences thin shaming Kareena Kapoor when she became size zero for Tashan?  And Aishwarya Rai for Dhoom 2? 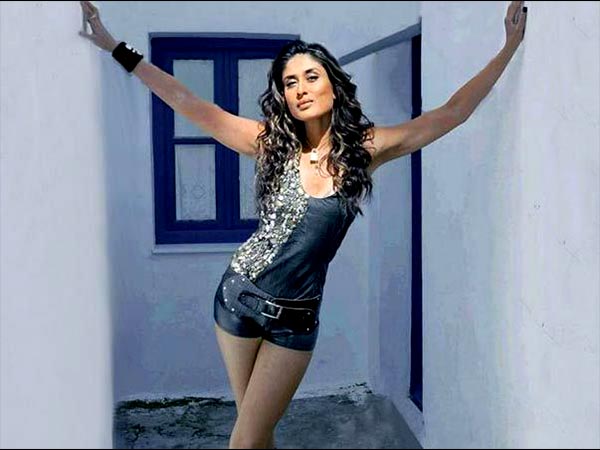 Also Read: Teejay Sidhu Claps Back At Pregnancy Weight Shaming, Says There Is No Ideal Weight As Long As You Are Happy. Moms-To-Be Need To Hear This

Furthermore, I can understand why being told by your doctor to lose weight and exercise as a prescription for your health issues can be irritating. I remember being told that by my gynaecologist, dermatologist, family physician, trichologist and basically everyone who claimed to be speaking from a place of concern for me. But one thing that living with my weight taught me is that indeed, your weight can impact not just physiology but also psychology. When I was losing weight, I was taking care of myself, which didn’t just make me healthier, it made me happier too. My mental health improved. My stress levels went down. I was more active which meant I was doing tasks faster, being more creative, and making time for myself. It wasn’t just the validation that I got from others for looking good or something, though that was a bonus. It was more of a holistic well-being thing.

So while I understand that the way the advice is being handed out is unsolicited and unsavoury. But the advice, in itself, does make sense. Obviously, though, if my therapist told me losing weight would cure my anxiety and depression, I might just flip. But overall, it does help you lead a better life if achievable without strain to your mental health or make you feel terrible about yourself. Body positivity, I have learnt is accepting your bodies and understanding what is best for you as well.

I agree, that fat shaming is more rampant than thin shaming. But to uphold one and dismiss the other feels a little unfair. Empathy is key in any situation, especially if you’re expecting some in the first place. Thin, fat, all bodies matter. All struggles matter. Empathy matters.

Sara Ali Khan Put Out A Picture From When She Was Overweight And We Think It’s Amazing. No Other Actress Has Done This!