Kids ask ‘Melody itni chocolatey kyun hai?’. Adults wonder ‘Katappa ne Baahubali ko kyun maara?’ But legends and the nation just want to know ‘Rasode mein kaun tha?’ (If you turn this into a meme, give credits, ‘kay?) Now here’s a confession: I actually have watched Saath Nibhana Saathiya episodes when they aired on TV, which means the ‘Gopi bahu washing laptop’ scene is just one of the many gems that are entrenched in my memory about this quintessential saas-bahu serial. But thanks to musician Yashraj Mukhate’s mashup on one of the show’s iconic scenes featuring savage saas Kokilaben (Rupal Patel), the 2010 show, which ended almost three years ago in 2017, has suddenly become popular. Poor Rashi (Rucha Harsabnis), who was outed by Gopi bahu (Gia Manek) for removing channey from the pressure cooker and chadhaaoing empty cooker on the gas, have garnered major viral status on Twitter and Instagram!

ICYMI, Saath Nibhana Saathiya was about this meek, timid, and gullible girl called Gopi who gets married into a rich, affluent Gujarati family. Her cousin, Rashi, also gets married in the same house, to Gopi’s brother-in-law. The matriarch of the house, and Gopi and Rashi’s mother-in-law is Kokilaben, who runs the house with an iron fist, a decibel level to put Arnab to shame, and blistering death stares that could make you pee your saree.

In one of the scenes, Kokilaben screams a helluva lot at Gopi because of a kitchen mishap. There’s a lot of intimidating shit happening here, with actress Rupal Patel, who plays the MIL, delivering a truly scorching performance. She asks, “Rasode mein kaun tha?” and the world is never the same!

Now, Yashraj Mukhate , whose bio reads that he is an engineer by education and a music producer by profession, created a mashup of this scene from the popular Star Plus TV show. Basically, he turned Kokilaben’s monologue into a song, which instantly makes the whole thing hilarious and watchable on loop, at the same time!

The ‘Rasode mein kaun tha‘ mashup has gone viral, with everyone from the Tweeple to big brands jumping on the bandwagon with memes about Kokilaben, trolls for Gopi because she narced and sympathies for Rashi ben, who got fired for the cooker blast!

#rashi
When nobody in the class tells who had making the noise in class.
Class teacher:- pic.twitter.com/iOn1GCMTGi

#rashi after removing Chana from the cooker pic.twitter.com/wAJ3jegm2V

Also Read: #Trending: Dhinchak Pooja’s Answer To The Viral Binod Trend, ‘Gaadi Meri 2 Seater’, Is As Pointless And Horrible As 2020

After all the trending and virality, the ‘Rasode mein kaun tha’ video was bound to catch the attention of someone from the show’s cast. And well, who else but Kokilaben herself has reacted to the video!

Actress Rupal Patel, in an interview with TOI, spoke about this sudden erupted viral status, being turned into a meme and playing Kokilaben!

“My sister-in-law sent me a message about it. Later my co-actor, Rhea Sharma sent me the rap. My immediate reaction was surprise and shock. I was perplexed about how Yashraj got this clip since I never sang on the show. Later, I realised that it’s a rap and he has used my dialogues for it.” 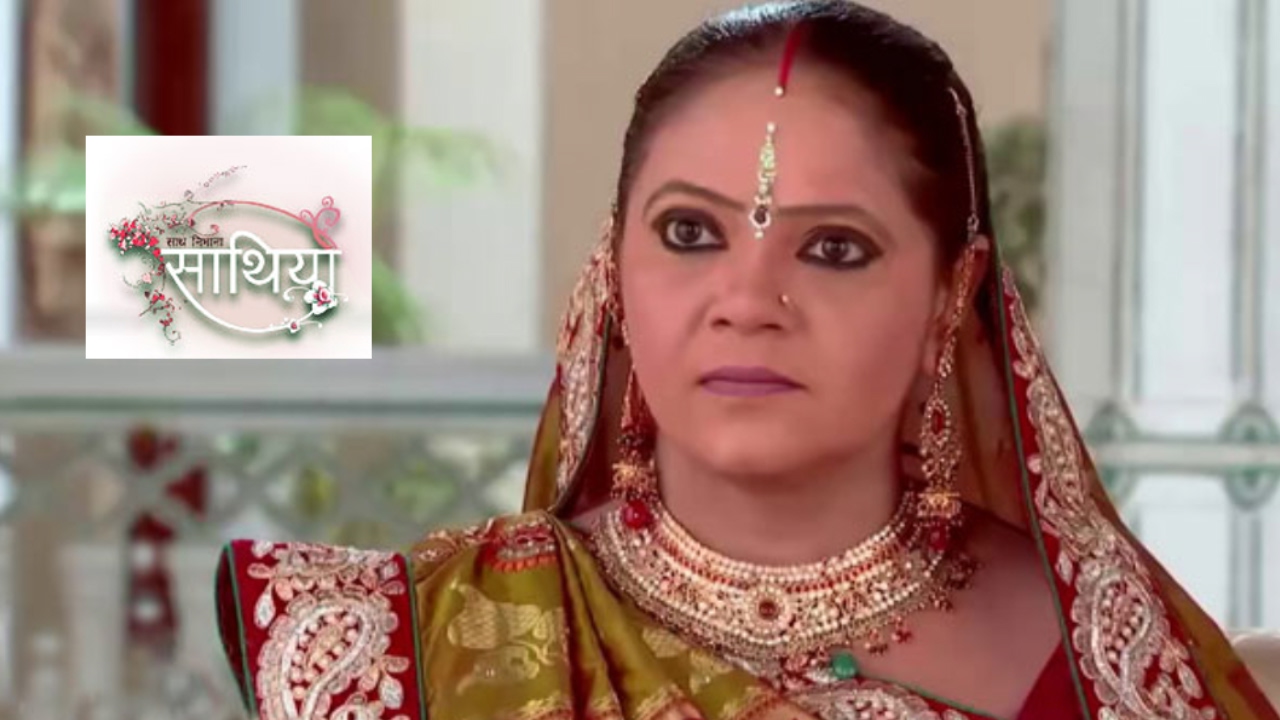 Turns out, Patel has even gone ahead and spoken to Mukhate directly to thank him!

“I liked it so much that I asked a few friends for his number. I spoke to him and expressed my gratitude. I am humbled and grateful for Smriti (Irani) madam for liking it. I am not on any social media platforms as I don’t want to be distracted when I am working.”

Not everyone can deal with being turned into a meme, but Rupal Patel seems to be okay with it because according to her, it is all just audience love for a character! She said,

“A viewer expresses his appreciation in different ways. It could be a funny response, too. Why should I feel offended? That’s one of the ways to express your love, too. I always go by the intent behind the response. Aur mujhe woh kabhi galat nahi laga. The character has made a mark on people’s minds and hence, they remember it to date. In fact, a lady would impersonate me on a video-sharing social networking service. I found it very funny. I don’t mind that at all, as I know intent is not to harm or offend anyone. Neeyat par sab kuchh nirbhar karta hai. Only prominent characters or personalities become a subject of memes or caricatures, and I am proud that Kokilaben is one of them. A true artiste should not have any ego. Main mitti ka patra hoon jo kisi bhi character mein fit ho jaaye. Ek artiste tab tak zinda hai jab tak uske kaan mein taaliyon ki goonj padhti rahegi. Phir chahe woh comedy ke zariye ho ya kisi aur emotion ke.”

Isn’t that an amazing way of looking at things? You go, Kokilaben!

Also Read: EXCLUSIVE! Aparna Shewakramani On Indian Matchmaking, The Sexism Debate And Why ‘Stubborn’ Is Actually A Compliment