Elizabeth Olsen, Kriti Sanon Were Trolled For Not Posting About Their Deceased Co-Stars. Is Grief Not Real If It’s Not Declared On Social Media?

As Wanda Maximoff aka the Scarlet Witch, Elizabeth Olsen’s iconic dialogue said to Thanos in Avengers: Endgame, “You took everything from me!” is quite a potent scene in the film. The way she channels all that grief and anger into her attack really speaks volumes of what Wanda felt when, despite their best efforts, she lost Vision. For some reason, social media trolls confused Wanda’s intense reaction to grief with Elizabeth Olsen’s. Because when her Avengers co-star Chadwick Boseman passed away suddenly due to colon cancer, Olsen didn’t project her grief out there. Unlike other Marvel stars like Chris Evans, Robert Downey Jr., Sebastian Stan, Mark Ruffalo, Jeremy Renner and others, Olsen didn’t post anything on social media. Anything at all. 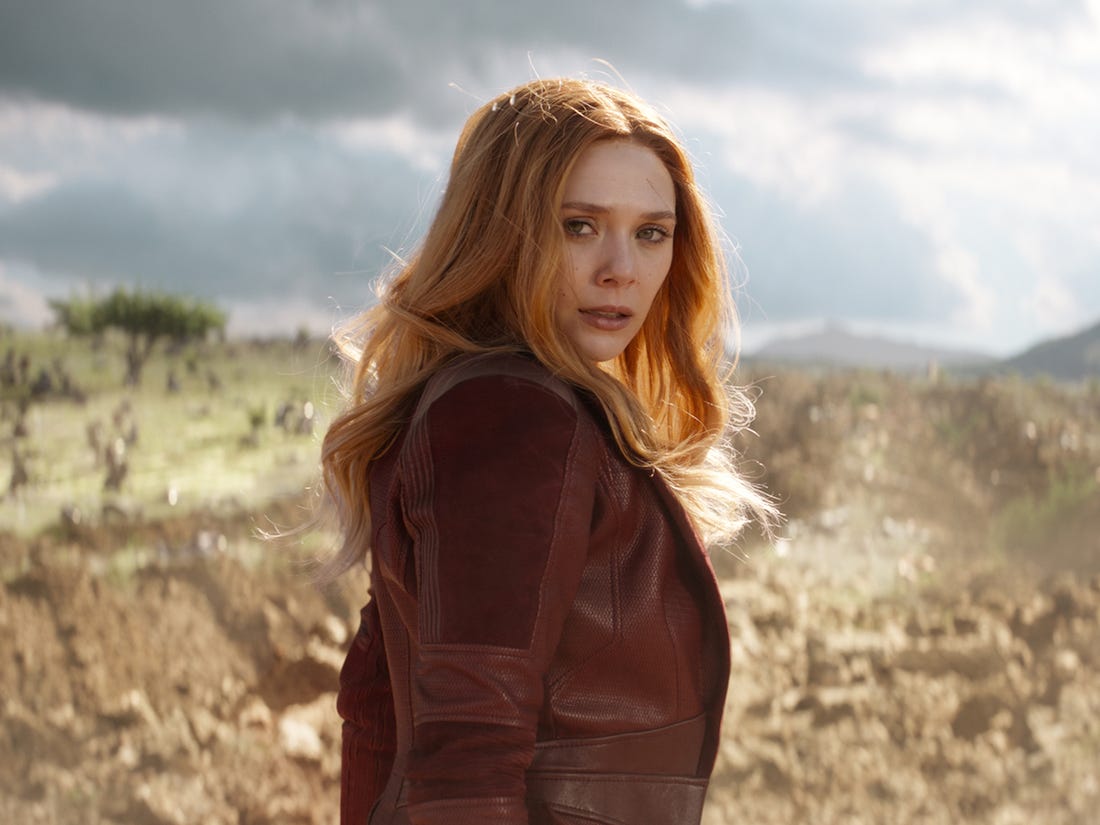 Now, you know what the rules of the game are, right? Tribute post or grief didn’t happen. After receiving backlash for not posting anything about her deceased Avengers co-star, the actress, who already is a low frequency poster on social media, ended up reportedly deactivating her account.

Of course, this is speculation for now, with Elizabeth Olsen’s fans expressing their anger at the trolls making a huge hue and cry about expressing grief in a certain way to be considered real. However, even if the Instagram deactivation was not caused by the trolling, there’s still the matter of why the trolling had to happen in the first place. Her grief, her rules. Does it have to be a made public?

We all grieve differently and take longer than others to process death. Lizzie was close to Chadwick so she was probably still in shock. pic.twitter.com/gJ6HbK3meG

You’d think this defence was a bit rich coming from someone of an Indian origin. After all, look how mercilessly we trolled Kriti Sanon for not immediately posting something on social media after her Raabta co-actor and rumoured former boyfriend Sushant Singh Rajput passed away suddenly.

Kriti’s sister, Nupur Sanon even slammed trolls in an Instagram post (now deleted), calling them out for labelling the sisters ‘heartless’ and what not for not making their grief public. Where was the lengthy post? The carefully selected candid photograph with the deceased? When they stepped out, where were the white salwar kameezes? The smeared kajal? Why were they still posting about brand endorsements when SSR had died? Why hadn’t their lives not come at a standstill, trolls commented as they enjoyed their lockdown-cooking and binged Netflix in the background.

“Everybody has suddenly started talking about mental health on social media since yesterday…and then we have people harassing people who are actually in a state of shock,who are hurt,who are grieving ..by sending them disgusting tweets, msgs, comments for not posting on lnstagram !! ‘You are so heartless’ ‘ek post tak nahi daala’ ‘Tum logo ne ek reaction nahi diya kitne pathar dil ho tum’ These are the comments and msgs we are constantly getting !! Aap ki permission ho toh sukoon se ro sakte hain?? Please??”

It’s so hard, no, for us, to understand that grief can be a complex emotion felt differently by different people? I mean, I am not surprised. We still judge people’s mental health by saying, “He looked so happy, how could he be depressed? I refuse to believe it! #JusticeFor….”

I remember the first time I felt the real gravity of death, three years ago when my grandfather passed away. You’re never prepared for the loss of a loved one, never completely. And all you want to do is curl up next to their lifeless body and cry yourself to a thoughtless sleep, so that when you wake up, it all feels like a bad dream. Alas, that’s not how it works, is it? Social customs dictate that we participate in rituals, meet people and allow them to pay their condolences. Suddenly, my family had to wonder, amidst all that grief, if we had enough white clothes to wear for the ‘tehrvi’ and prayer meet. My father, mourning the loss of his father, had to fix a menu for the lunch that would be served after the pooja. My brother had to pick his beloved Dada’s photo to be turned into a photo frame. Within a week, I was back at work, writing articles on Twitter memes and celebrity weddings. 14 days later, I had to go to the salon too, because how do I tell someone, “Sorry for that hairy upper lip, but my grandfather passed away so I haven’t had the time?”

I recall how Nysa Devgn was trolled for going to the salon after her grandfather, Veery Devgn had passed away. It reminded me of how my friends took me out a few days after the family tragedy to cheer me up. And how all our relatives and my family sat down, reminiscing of all the mischievous things my Grandpa would do or say. And it made me wonder, who died and made nameless social media users the custodians of our grief? Why does someone else get to tell us, troll us, and elicit mourning out of us like this?

Also Read: Ajay Devgn Talks About Daughter Nysa Devgn Getting Trolled For Going To A Salon. Matlab, Trolls Have A Problem With Anything

Even as we speak, people are analysing Rhea Chakraborty’s clothes and body language from her every appearance in media. Their main concern is not hard evidence, but whether she ‘looks innocent or guilty’. Where are her white clothes? Why is she so confident in her interviews? Why is she not crying? We don’t even want to wait for the courts to pronounce a judgement. We, who’ve taken over from the building aunties in superficial judgement, have already pronounced our verdict.

Men, they’re permitted to not grieve in that way. Still waters run deep. Men don’t cry. They just stand there in stoic silence. And that’s okay. But women, unless they are a blubbering mess, dressed in white or black, or posting long messages on social media with the broken heart emoji, are not grieving!

Can we please relook our ideas of grief here? Some people just want to detach from the world when they grieve. I know of a friend who lost a loved one and went to a concert the next day because they wanted to drown out the noise of everyone’s pity. Another acquaintance wrote a whole book to commemorate a dead relationship. That’s their way of dealing with death. Who are we to judge, and that too so harsh enough that we drive them off their own social media profiles? We need to stop making social media the report card for everything. The dead are gone. Let the living live?

A Group Of Researchers Develop An Algorithm To Detect Misogynistic Content On Twitter. Does This Mean There Is Hope For Women On Social Media?