As Zohra Sehgal Gets Celebrated By Google Doodle, Here’s A Toast To The Spirit And Spunk Of The Woman She Was

The Google Doodle today is a pleasant surprise. The beautiful, smiling old lady, poised in the middle of a dance step, is a face that’s rather synonymous with Bollywood’s cool grandmothers. At least, that’s what my generation and the younger ones know Zohra Sehgal as. That she was a trained ballet dancer from Germany, acted in several theatre productions and British film and television productions and starred in a film that won Indian its first international honour is not something many of us youngsters know. Luckily, today’s Google Doodle is here to remind us of it. It celebrates the release of Sehgal’s 1946 film Neecha Nagar at Cannes, where it won the prestigious Palme d’Or, India’s first. The illustration is created by artist Parvati Pillai.

When she passed away in 2014, aged a 102, I had this urge to read up on her. Not just her filmography, but also the kind of woman she was. She played such a firecracker on screen. Clearly, there had to have been some influence of her real personality on the way she was portrayed on screen. Was she this full of joie de vivre, zesty and spunky in real life too? Turns out, she was indeed!

Zohra Sehgal was a self-confessed mischief maker, and that twinkle reflect in her eye often. She once said, “Of course, I have made many mistakes in life, I have been very naughty, but I won’t recount them…. Neki batana to shekhi hoti hai.” Though raised in a traditional Muslim household in what is presently Uttarakhand, she was quite a tomboy. She enjoyed playing outdoors and climbing trees! Quite early on, she witnessed her elder sister’s unhappy marriage, and told her father that she didn’t want to get married. 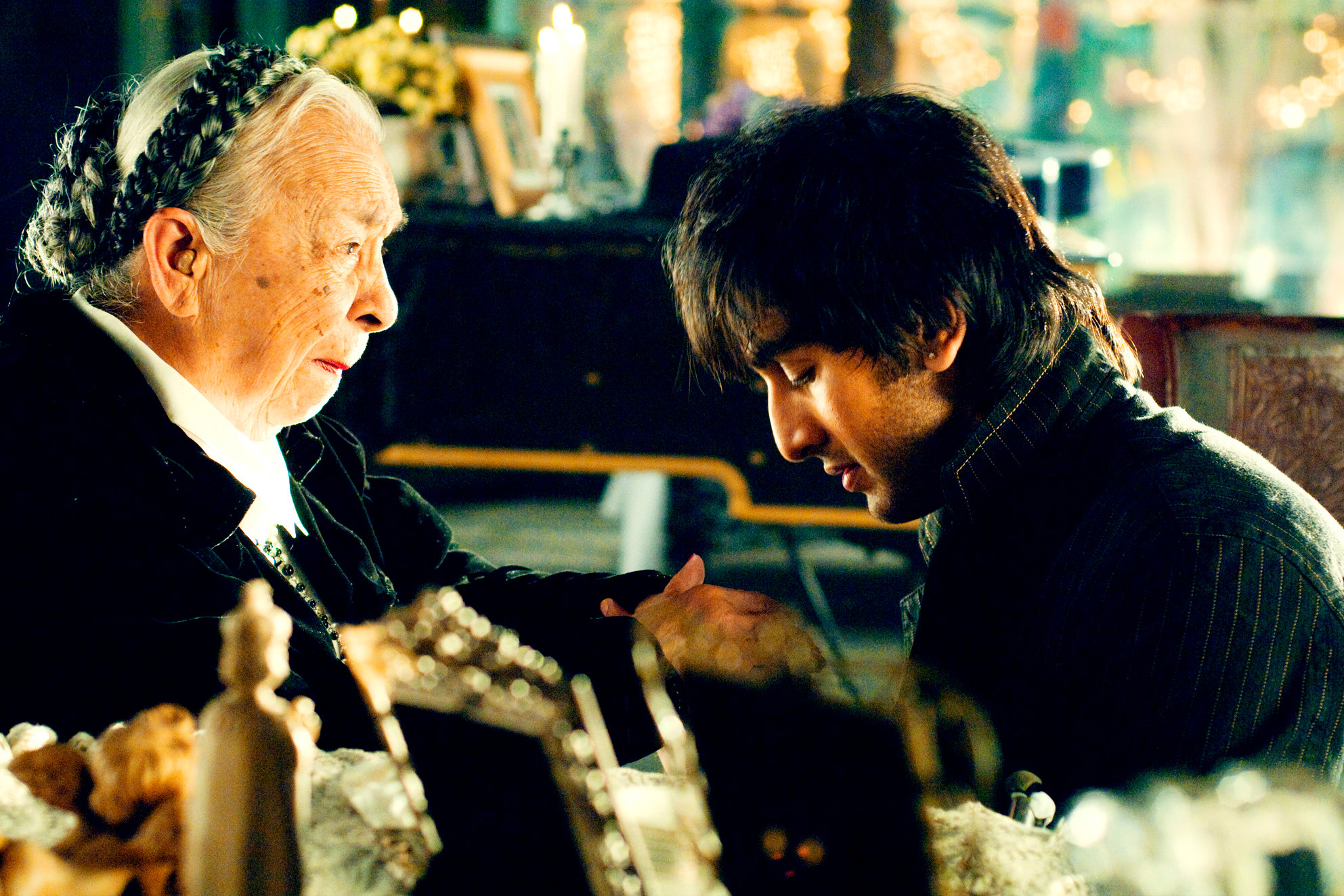 She chose instead to got to go to college. “At Queen Mary’s College where I studied, all the staff were English, and from them I got the notion of women having careers,” Zohraji revealed during an interview. After finishing her school, she went to study dance at Mary Wigman’s ballet school in Dresden, Germany. She was the first Indian to study there too. When she joined choreographer Uday Shankar’s contemporary dance troupe, it took her all around the world, to countries like Japan, Egypt, United States and all over Europe. It is through this gig that she met her future husband Kameshwar Sehgal. He was a young scientist, painter and dancer from Indore who had joined the same troupe. He was eight years her junior, which along with their different religious backgrounds, caused a lot of issues when they decided to get married.

“When you fall in love, nothing matters, no religion, no age,” said Zohra Sehgal.

However, conquering all odds, the two were married in 1942, and had two children. Zohra Sehgal was an atheist and her husband wasn’t too religious either. They ended up raising their children without confining them to either Hindu or Muslim religion.

One of my favourite roles of theatre doyen and one of Bollywood’s coolest dadis, the late Zohra Sehgal, is when she plays Aishwarya Rai’s grandmother in Hum Dil De Chuke Sanam. Her character was the one who coins the phrase, “Sameer, thandi hawa ka jhonka!” She’s witty, her granddaughter’s confidante, loves gossip, and the only one in the otherwise orthodox family who blesses Nandini and Sameer’s union. She even talks openly about her love life with Nandini! It was eventually that I learnt, after watching her in films like Veer Zaara, Bend It Like Beckham, Cheeni Kum, Saawariya, that she wasn’t just the token grandma role in the film. Her characters always had an extra zing, a spunk that only Zohra Sehgal could bring to them, and make them memorable despite their screen time. Remember when she played Amitabh Bachchan’s sassy mom in Cheeni Kum? Whether she was Amma, Dadi, Biji, Aapa, or Bebe, Zohra Sehgal was always the coolest!

Zohra Sehgal began working in 1943 and continued to work until 2007, with Saawariya being her final appearance in Bollywood. In her career spanning nearly six and a half decades, Zohra Aapa has appeared in several prominent British television shows like Doctor Who, Mind Your Language and The Jewel In The Crown, as well as movies like Caravaggio, Bhaji on the Beach, and Merchant Ivory Productions’ The Guru. In fact, she reportedly said that she never declined any role that was offered to her, even if it seemed a bad one! She’d work on it and make the character her own.

It was this zest for life and her spirit that made her one of the legendary actors of the industry. On Cheeni Kum’s ten-year-anniversary, Amitabh Bachchan revealed endearing details about the then deceased legend, who he worked for the first time with in the movie. “I worked with Zohraji for the first time in the film, though the association with her goes back to my parents’ time and Prithvi Theatre. Working with Zohraji was an absolute honour for me.” Big B also revealed how after the film’s release, he sent an entire crate of champagne to her because she liked it a lot! “Zohraji was a rocket on take-off, each day of the shoot. Her energy and joie de vivre (joy of living) were unmatchable. I cannot remember her asking for a whiskey after each shot from Balki, but yes, she did enjoy her champagne and because she had expressed a desire to be given some after the film was over, I did send across the ‘bubbly’ to her.” 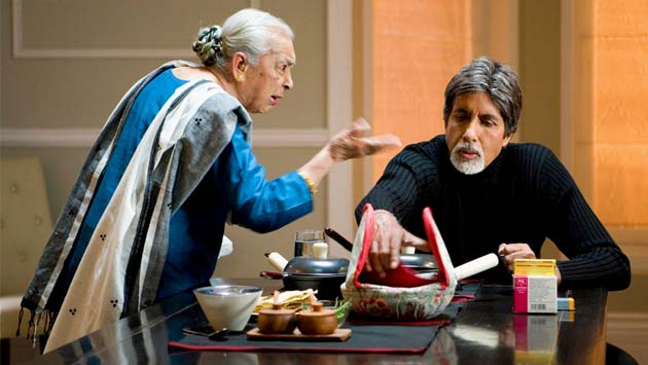 Yep, that’s Zohra Sehgal for you. Always young, always unapologetic about what she wanted out of her life, and never mincing her words. It’s so weird to watch people in their mid-30s and 40s not addressing their sexual desires. Meanwhile, Zohra Sehgal, when she was in her late 90s, had said, “Sex is very important for life to get going; I still want it…. A good sense of humour makes you see the funny side of a tragedy.” Who cares if she meant or said it in jest? She didn’t care! Even at 100, she couldn’t just recite Hafeez Jalandhari’s ‘Abhi to main jawan hun’ by memory, but also mean every word of it!

Here’s raising a champagne toast to not just Zohra Sehgal, the actor and legend, but the woman full of spirit and spunk who lived life on her own terms!

“Life has been tough but I’ve been tougher. I beat life at its own game.” – Zohra Sehgal