#MeToo, for all the change that it did and did not effect, was primarily a class-restrictive movement. That is to say, especially in India, while those with access to the Internet and an ability to put their word out to the world were able to speak up and have at least some action initiated against their perpetrators, the women at the grassroots did not have that privilege. Women who work as domestic helps, wage labourers, or factory workers remained silent victims of sexual harassment in their workplaces, because not only did the largely internet driven movement fail them, but the existing laws and policies did too. And now, domestic workers in India are writing to Women and Child Development Minister Smriti Irani to make their voices heard. 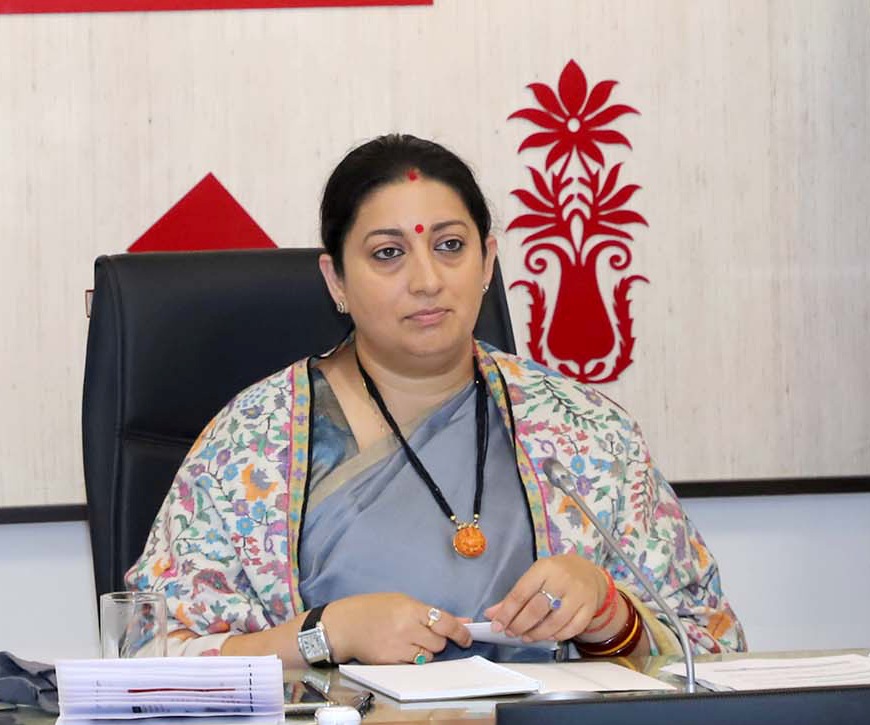 According to Human Rights Watch, some 3000 domestic workers in India mailed postcards to Union minister Smriti Irani, Haryana State Minister for Women & Child Development Kamlesh Dhanda and IAS Officer Dr. Rashmi Singh, director of the Women and Child Development Dept and Social Welfare Department, to make sure that women working in the informal sector could also have their job secured, their rights protected, and their safety ensured under. The #MeToo movement, since its inception, has largely ignored the informal sector which employs the majority of Indian women.

In the postcards, the domestic workers have asked a number of things ranging from expanding the definition of ‘workplace’ to requesting state governments allocating a budget that ensures the proper implementation of the Sexual Harassment of Women at Workplace (Prevention, Prohibition and Redressal) Act (SHW Act).

The HRW quoted a part-time domestic worker from Gurugram who was sexually harassed by the security guard of the residential complex she works in, saying, “For women like me, what is #MeToo? There is no place safe for women like us.”

#Domesticworkers have spent the last few weeks signing postcards with a demand for safe workplaces as guaranteed under the Sexual Harassment of Women at Workplace (Prevention, Prohibition and Redressal) Act 2013. #ValueDomesticWorkers #PostcardCampaign #MeToo pic.twitter.com/eIHlCdck0R

The problem isn’t just with how unsafe their work environments are but also that despite legislation in place, the domestic working women are unable to take full advantage of them. After the Bhanwari Devi gangrape case of 1992, the Supreme Court directed the government to put into place some laws and policies that would protect women in the workplace from sexual abuse. In 2013, India got the SHW Act which brought workers from both formal and informal sectors, including domestic workers, in its ambit.

However, the Human Rights Watch has found a 2020 report that claims this Act’s provisions are rather poorly enforced, instead creating barriers to women reporting cases of sexual harassment in the workplace. Furthermore, the COVID-19 pandemic, which has worsened the situation of women all over the world, has not been kind on domestic workers as well.

Domestic workers are often women who come from economically backward and marginalised sections of the society. Their job is sometimes the only source of income in their households. In such circumstances, when they are sexually abused at their place of work, reporting the crime would almost always mean that they’d lose their livelihoods. This is the biggest deterrent to the reporting of these crimes.

Of course, the abovementioned Act is supposed to protect these women from such a dire fate. However, there’s another major barrier standing in their way. And that is how the police procedural goes in cases of sexual harassment and rape, which is rarely sensitive and tactful when dealing with sexual abuse survivors. We’ve seen plenty of cases where the authorities themselves end up harassing the victims and adding to their trauma. Most of these women, thus, choose to suffer in silence or leave their jobs and not report the crime at all than face the embarrassment and stigma that comes from this.

According to the laws in place for sexual harassment in the workplace, the government is responsible for training and education employers and ensuring they form internal committees, called ‘Local Committees’ in workplaces with 10 or more employees. These committees are required to look into complaints of sexual harassment made by the employees. In case of informal sector, which includes domestic workers like house-helps, or companies with fewer than 10 employees, it is the state government’s district officer or collector who is required to form this local committee.

These local committees have to look into everything from filing a criminal complaint with the police to ensuring termination of employment and even providing an alternate employment or source of income for the victim while the case is under dispute. However, it has been reported that either most states do not have such committees or they do but there isn’t awareness amongst the district’s residents that such committees exist and can help them when they need. In Indian, anyway, bureaucracy and police scare the common man because they are aware of how tedious, long drawn and expensive the procedure can be.

This Village In Maharashtra Has Elected An All-Woman Panchayat. It’s Now Cleaner, Inclusive And Menstruation Is No Longer Taboo