#MeToo: Model Dimple Paul Shares Details Of Sajid Khan’s Alleged Sexual Misconduct. Why Is He Still Not Being Investigated?

When the #MeToo wave hit Bollywood in 2018, people thought that things were going to finally change. The revelations might’ve been shocking for us common folk not privy to the industry ongoings, but to those working in it, these weren’t surprising. Names like Alok Nath, Sajid Khan, Vikas Bahl, Nana Patekar and several others emerged. Some of them issued apologies, others had inquiries and proceedings initiated against them, and some even went went into incognito mode for sometime to avoid any media glare. However, ultimately all the men are back, either making movies, attending industry parties and still unrepentent for what they’ve done. Now, model Dimple Paula ( @paulaa_official) has revived the conversation by accusing Housefull director and already a #MeToo accused Sajid Khan of sexual misconduct. 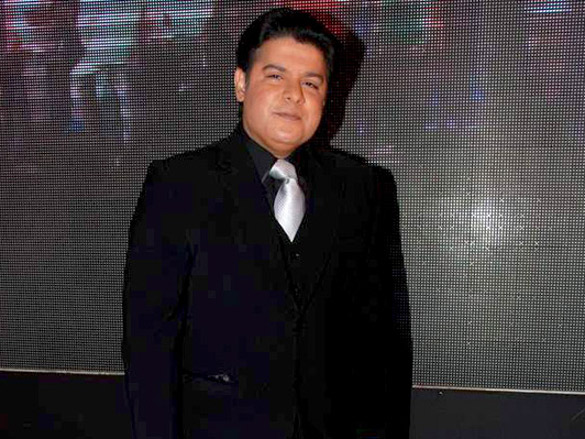 A week ago, model/actor Dimple Paul aka Paulaa posted on her Instagram about how Sajid Khan allegedly called her to his home on the pretext of an audition for Housefull 2 when she was only 17 years old. He then proceeded to talk dirty to her, asked her to strip, and touched her inappropriately. Paulaa also clarified, for those who might instantly question her need to talk about this long after the incident had occurred and #MeToo had happened, that she was doing this now because she was initially afraid of what her parents would think about it. However, since he lost both her mother and father, she wasn’t scared anymore, and while evaluating her life during the lockdown, she had decided to finally speak up about it.

🙏🏼 Before democracy dies and there is no freedom of speech anymore I thought I should speak !

Dimple Paul on her #MeToo encounter with Sajid Khan

On Tuesday, Dimple Paul posted a video of herself talking in explicit detail of what happened that fateful day when Sajid Khan allegedly misbehaved with her. According to her account, Khan was the judge at a beauty pageant she had won, and he called her the next day to offer her an audition for a role in Housefull 2. When he summoned her to his home, she was a little skeptical about it. But since it was during the day, and when she noticed his mother and the house-helps were also home, she was reassured that things would be okay. However, they weren’t.

Paulaa goes into detail of how Khan mocked her for not being able to give proper ‘sexy’ expressions, asked her if she had a boyfriend and if she had had sex with him, because only then could she give expressions of a mature woman (he told her she was child) who had experienced sex. While he was telling her all this, Paulaa alleges that Sajid Khan kept touching her constantly. He eventually, on the pretext of showing her his home, led her to his bedroom, and then asked her to strip. When Paulaa felt uncomfortable, he told her that in Housefull, “bikini shots” were compulsory, and if she wasn’t comfortable, it wouldn’t work. He even allegedly told her that he was the one who made Jiah Khan lose weight for the bikini body she flaunted in the first movie.

After he tried to inappropriately reposition her clothes, Dimple Paul says she ran out of his home. Once inside her boyfriend’s car (he was waiting outside for her), she began crying, told him roughly that the man she just met was a pervert, and left.

According to Dimple Paul, Sajid Khan called her some 30-40 times after the incident but she never answered his calls. He then texted her that if she told the media about what had happened, her career, which was only just beginning, would have already ended. Paulaa says that this incident deterred her from approaching any other big Bollywood production houses because she assumed that she’d face similar problems everywhere. It took her years to get over her fear and begin her career.

My little initiative for new girls coming to the industry I hope it helps, let’s clean the garbage !

With the video, Dimple Paul hopes that she can help clean up the garbage that lines the Indian movie industry, so that new girls who want to enter it, like she did when the incident happened with her, don’t get traumatised like her. Paulaa has also spoken directly to Sajid Khan’s sister, Farah Khan, to check her brother, who she claims is “mentally sick” and a “sex addict”, and needs help. She is shocked that despite so many allegations, the man is not yet even been inquired into, forget being put behind bars.

Dimple Paul isn’t the first woman to level sexual misconduct allegations against the Heyy Babby director. In 2018, when the #MeToo movement was at its peak, several women had come forward to recount their own encounters with Sajid Khan. Model-actress Saloni Chopra, actress Rachel White, Mandana Karimi, Priyanka Bose, Aahana Kumra, and a freelance Bollywood journalist had come forth to share their stories.

Sajid Khan has preyed on women in the industry for years. Here's my story. #MeToo pic.twitter.com/Rufzs9dsp6

I finally decided to share my story with you. Writing this was like re-living all that horrible past I’d chosen to let go of, but I knew if I don’t today, I may never. So here’s #metoo #MetooIndia https://t.co/brouTYIBC7

I said I was not comfortable meeting at home and to that he said “don’t worry I live with my mom and she’ll be around” I felt reassured and agreed. When I went to his house the maid directed me to his room and the drawing room was empty!! It was his bedroom

Actresses Dia Mirza and Bipasha Basu had also spoken up about how Sajid Khan displayed would often crack sexist, lewd jokes and they were not surprised that he was named by these women.

I am glad that women are speaking up about the atrocities of these men with power and clout… but nothing of that sort happened with me…it was just his general attitude toward women that would disturb me on set- he cracked lewd jokes openly and was pretty rude to all girls .

Now the question that once again arises here is this: Despite so many women speaking up about this man, why have no investigations being initiated against Sajid Khan? Where are the crusaders for justice for these women? And why does Bollywood continue to be silent about this industry insider?

Also Read: Memes About Vasu Annan Are Making The Rounds. Why Is Rape Humour Funny?