Dame Diana Rigg has passed away at 82 from cancer. The actress, known for her role as the savage Queen of Thorns, Olenna Tyrell, in Game of Thrones, as Emma Peel in the 60s show, The Avengers (not Marvel) and for playing a Bond Girl in Her Majesty’s Secret Service, was diagnosed sometime in March this year. “She died peacefully early this morning. She was at home with her family who have asked for privacy at this difficult time,” her agent told BBC.

In her nearly seven decade-long career as an actor, Diana Rigg has had an illustrious career in theatre, film and television. Rigg is also a Golden Globe, BAFTA, Emmy and Tony Award nominee. In 1989, she won a BAFTA TV Award for Best Actress for her role on the BBC miniseries, Mother Love. For her title role in the stage production Medea, she won a Tony Award for Best Actress in 1994. And in 1997, she starred as Mrs Danvers in an adaption of Rebecca, for which she won an Emmy for Best Supporting Actress in a Miniseries or TV Movie. She was conferred upon with the British Order of ‘Dame’ in 1994 for her services to drama

Diana Rigg’s role as Tracy in the 1969 James Bond film, Her Majesty’s Secret Service, is one she is quite remembered for. Because that made her the only woman to bring the British MI6 agent right up to the altar to get married. While the marriage didn’t happen (and I won’t spoil it for those who haven’t seen the film), it is still something, isn’t it? 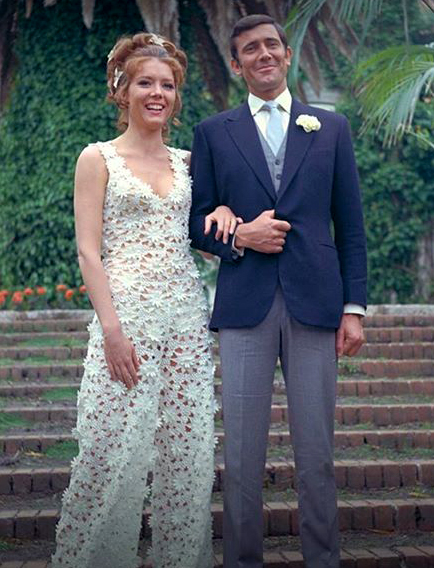 And Diana Rigg was something too, wasn’t she? My generation probably knows less of her career before Game of Thrones. The HBO show gave us many a strong female characters, but none as savage and wise as Dowager Queen Olenna of House Tyrell of Highgarden. She was also known as the Queen of Thorns, because of her sharp wit and tongue, words from which could slash the hubris of men and women alike. She was the orchestrator of the death of the tyrant Joffrey Baratheon by poisoning him at his own wedding feast, when he was getting married to Olenna’s own granddaughter. She did it because she knew the kind of monster he was and how he would treat Margaery. Her confession to the boy’s father, Jaime Lannister, when he gives her poison for a painless death out of respect is one of the most memorable scenes from the show.

Fans of the show will always remember her for the way she shut down the oily advances of Lord Varys, or when she gave some badass advice to Daenerys Targaryen about following her heart.

“I’ve known a great many clever men. I’ve outlived them all. You know why? I ignored them.”

You have, Dame Diana Rigg. You were a babe when you were young, and grew savage with age! Farewell, my invincible savage Queen of Thorns.